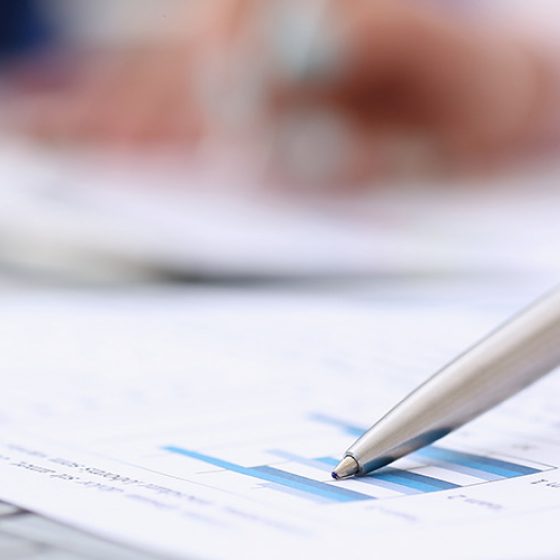 The expected further course of the epidemic in Switzerland depends on how well the measures implemented can prevent infection and thus reduce the effective reproduction rate of SARS-CoV-2. If the reproductive rate can be brought below 0.8 and kept there, the number of new infections per day will be halved every two weeks. By early 2021, the number of daily positive SARS-CoV-2 tests would fall below 500. This would reduce the burden on health care, society and the economy. In addition, more targeted measures based on testing and contact tracing could be increasingly used.

This document also summarizes the situation and developments in medical care and refers to a recently published policy brief.

In early October 2020, the number of positive SARS-CoV-2 tests, hospitalizations, the number of patients on ICU and the number of deaths rapidly increased in Switzerland. In response, a number of measures were introduced with the goal to curb infections. The effect of these measures – and of their implementation by the population – can be analyzed based on the reproductive number Re, which describes the number of secondary infections per infected individual. If Re can be kept below 0.8 for extended periods of time, the number of daily new infections will be halved at least every two weeks. This would bring case numbers below 500 at the beginning of 2021. Lower case numbers decrease the burden on the healthcare system, the strain on the society and economy and allow for a more efficient management of the epidemic (link).

The underlying data for these estimates are prone to biases. Over the past weeks, in November 2020, fewer tests were conducted (https://www.covid19.admin.ch/en/overview) and the FOPH informed us that the hospitalizations are reported delayed. Both may cause Re to be underestimated. However, the positivity rate also decreased from >30% to <20%[1] and the Re based on death decreased in a very similar manner as the Re on the less delayed indicators. In summary, while our Re estimates based on confirmed cases and hospitalizations may be to some extent underestimates, we interpret the current data indicative of a decline of the epidemic on a national level.

The same pattern is seen when considering doubling / halving times. The number of confirmed cases and hospitalizations are decreasing, while ICU occupancy and the number of deaths have slowed compared to the last report of Nov. 13 (Figure 2).

An Re < 0.8 has been reached on a national level, but not in all cantons. Keeping Re below 0.8 for longer periods of time will result in a halving of the number of new daily cases every two weeks (for the relation between Re  and halving/doubling time see Figure 3). Notably, cantons of the Romandie (FR, GE, VD, VS, NE, and JU), where cases have been high, have reached an Re significantly below 0.8 (see tables 1 and 2). Some cantons show an Re below 0.8, but may not reach significance because the low case numbers result in a large confidence interval. However, multiple cantons still have an Re  significantly above 0.8 and in some cantons above 0.9 or 1. This indicates that the situation remains fragile. For details see online Re estimates and online table of Re values and halving/doubling times.

Analyzing the degree of compliance (by the issuers of measures) and adherence (by the general population) will be instrumental for ensuring a high level of community effectiveness of the measures in place.

There is currently significant excess mortality. In calendar weeks 43, 44, and 45 (ending November 8), the federal statistics office reported 1138 (879 to 1398) excess deaths. During that same time, 912 confirmed COVID19 deaths were reported by the BAG. The majority of these deaths occurred in regions with high SARS-CoV-2 incidence (Lake Geneva region, Mittelland, Ostschweiz). The excess mortality in persons aged 65+ and COVID-19 reported deaths are shown in figure 4.

The influence of weather conditions on epidemiological dynamics is not fully understood, but further decreasing temperatures require preparedness for rapid action. The influence of weather on SARS-CoV-2 transmission has been a topic of intense discussion since the very beginning of the pandemic. The recent synchronous surge in case numbers across the Northern Hemisphere suggests that cold weather increases transmission, possible indirectly through behavioral changes.  Weather changes may thus have contributed to the rapid increase in case numbers in October in Switzerland. Further decreasing temperatures and increased indoor activities might again  lead to increases in case numbers. Because of the delay between infection and the moment of a positive test (after the development of symptoms), such an increase will only be recognized with a delay of more than a week. Preparing for such situations and reacting quickly can prevent that the number of infections increases over longer periods of time. We are currently investigating the interaction between weather and epidemiological dynamics.

Regional differences in the second wave

Trends in confirmed cases suggest that the Romandie did not have an exceptional fast spread during the second wave. To see this, we calculate the ratio of incidence in late October (Oct.24-30) and incidence in mid-September (Sep.14-20) by determining the ratio of incidence in late October and incidence in mid-September. In the considered time period, the number of confirmed cases / 100’000 increased most in Uri (151-fold), followed by Nidwalden (137), Ticino (80), Schwyz (76), Jura (70), Valais (57). Thus, cantons belonging to Romandie only come fifth and sixth in that list. Also, when looking at the greater regions, Ticino increased most (80-fold) followed by Central Switzerland (44-fold). The Lake Geneva Region had in fact the slowest growth (15-fold) of the seven greater regions in Switzerland. Again, see Table 2 for further details.

Figure 3. Relationship between the effective reproduction number, Re, and the doubling time and half-life of the number of new SARS-CoV-2 infections. Values of Re above 1 indicate exponential growth (red line), where values below 1 correspond to an exponential decline (green line). Dots indicate different situations of the SARS-CoV-2 epidemic in Switzerland in 2020.

Table 1. This table shows the reproductive number and doubling/halving times across cantons (with lower and upper bounds). The rows are ordered by increasing upper bounds of the confidence interval of Re. Only six cantons from the Romandie currently have an Re significantly below 0.8. Similarly the lower bound of the halving time is below the value of 14 days only for these six romand cantons and Glarus. Several cantons have an Re below 0.8, but wide confidence intervals due to low case numbers (for comparison see table 2). Cantons with a value of >0.8 of the lower bound of the Re are currently not reaching a halving of case numbers in two weeks or less, and cantons with a level of >1 for the lower bound show significant growth of the case numbers.

The trend in the last days indicates that a plateau for hospitalized patients including patients hospitalized in the intensive care units has been reached, with a total number of hospitalizations and ICU admission patients higher than during the first phase.

The experience with supportive care has increased with the experience of the first wave. Also, patients are more often treated during hospitalization with dexamethasone, a drug having shown a survival benefit in a large randomized clinical trial (Link). Whether this reduction in mortality fully translates to Switzerland is not certain for two reasons. First, hospital mortality in England is higher (over 20%) than in Switzerland, and it is not clear that a similar reduction in mortality would also be seen in Switzerland. Second, this drug was already given to a fraction of the patients during the first wave in Switzerland. The reasons for the lower mortality in Switzerland are unknown, but may be due to: a) pre-hospital triage of patients b) a better level of general health of the Swiss population, and c) better performance of the hospital health care system.

Antiviral treatment so far has not shown a reduction in mortality.  Remdesivir has not shown a benefit on overall mortality in large studies, including randomized trials. A possible benefit may not be ruled out in a subgroup of patients (severe but non-critical COVID, worsening early after symptom onset; yet results were still not significant, with a low credibility subgroup effect compared to critical patients). No benefit was shown in patients with mild or moderate disease, or in patients under extracorporeal membrane oxygenation  (ECMO) or mechanical ventilation. Remdesivir remains a treatment option that can be considered in hospitalized patients with pneumonia and in need of oxygen supplementation, strictly within criteria outlined in the consensus statement (Swiss Society of Infectious Diseases, Swiss Society of Critical Care Medicine, Swiss Society of General Internal Medicine), as it may decrease the length of hospital stay.

Until now over 280’000 persons have been diagnosed with SARS-CoV-2 in Switzerland and over 11’000 patients have been hospitalized. Over 3’400 have died so far (Situationsbericht zur epidemiologischen Lage in der Schweiz und im Fürstentum Liechtenstein – Woche 46 (09.11-15.11.2020) (19.11.2020). Many patients encounter symptoms and sequelae after hospitalization, particularly after a severe, complicated course. But long-term consequences in less severe infections are possible as well (Link)

Therefore, in analogy to other diseases with severe courses, ensuring sufficient rehabilitation capacities is essential to limit these sequelae and to reduce possible long-term sequelae of Covid-19, including mental health consequences. As outlined in the policy brief on long-term Covid-19, this field is, because one year has not yet passed since the arrival of the epidemic, a matter of research.

The number of COVID-19 tests carried out in Switzerland and the resources available for contact tracing have proven to be insufficient for an effective mitigation of the epidemic. We recommend that the Confederation support the cantonal contact tracing centers financially and, if necessary, in terms of personnel (use of civil defense and community service personnel). The test-trace-isolate-quarantine strategy (TTIQ) is crucial for controlling the epidemic while avoiding severe lockdowns. Contact tracing has reached its limits in the face of an explosive increase of cases in October 2020. Most cantons have declared that they are no longer able to handle all the telephone calls necessary to trace the contacts of people who tested positive. Switzerland also has low testing rates in international comparison. We emphasize that TTIQ measures do not have to be perfect in order to have a positive economic impact. After all, every new Covid-19 case that can be prevented in this way is associated with significant benefits. In an economic cost-benefit sense, spending on TTIQ is one of the most effective and least-invasive investments into curbing the spread of the pandemic. Increasing public funding for TTIQ therefore also represents not only a good public-health measure but also sound economic policy.

[1] Note, though, that the test strategy can influence positivity in both directions. For example, positivity may decrease if contacts of confirmed cases are tested less.